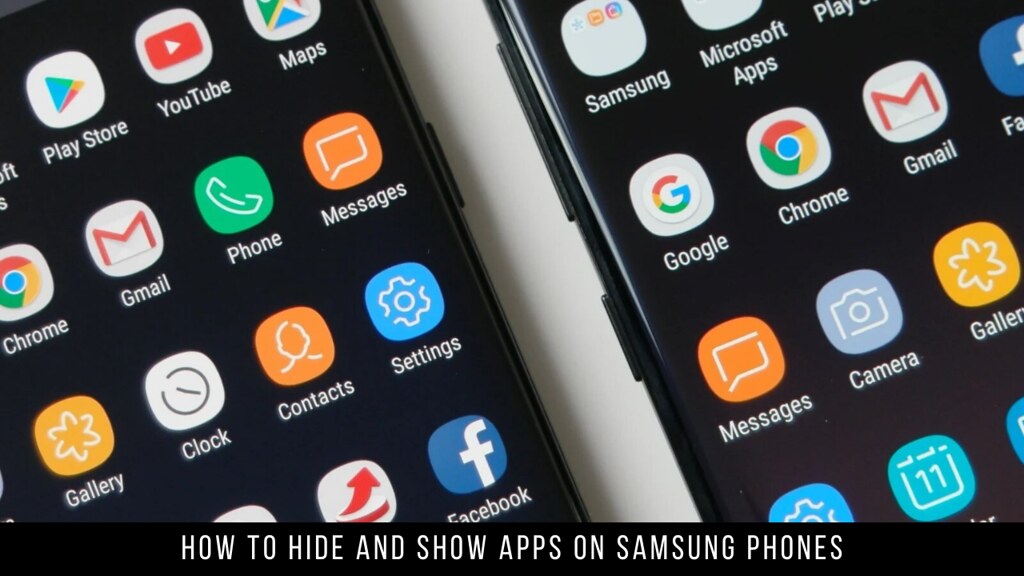 Whether you want to hide dating apps like Tinder, games like PUBG, or social media apps like TikTok, Instagram, etc., the following built-in methods will come in handy. We’ve also mentioned a few more methods for hiding apps. Check them out at the end of the post.

The Samsung Launcher comes with a built-in feature to hide apps from your home screen and app drawer.

Here are the steps to hide apps using Samsung Launcher:

Step 2: Scroll down on Home screen settings and tap on Hide apps.

Step 3: Select the apps you want to hide by tapping on them. For example, I have selected WhatsApp. The selected application will appear at the top. Tap Done to confirm.

What Happens When You Hide Apps

How to use hidden apps on Samsung 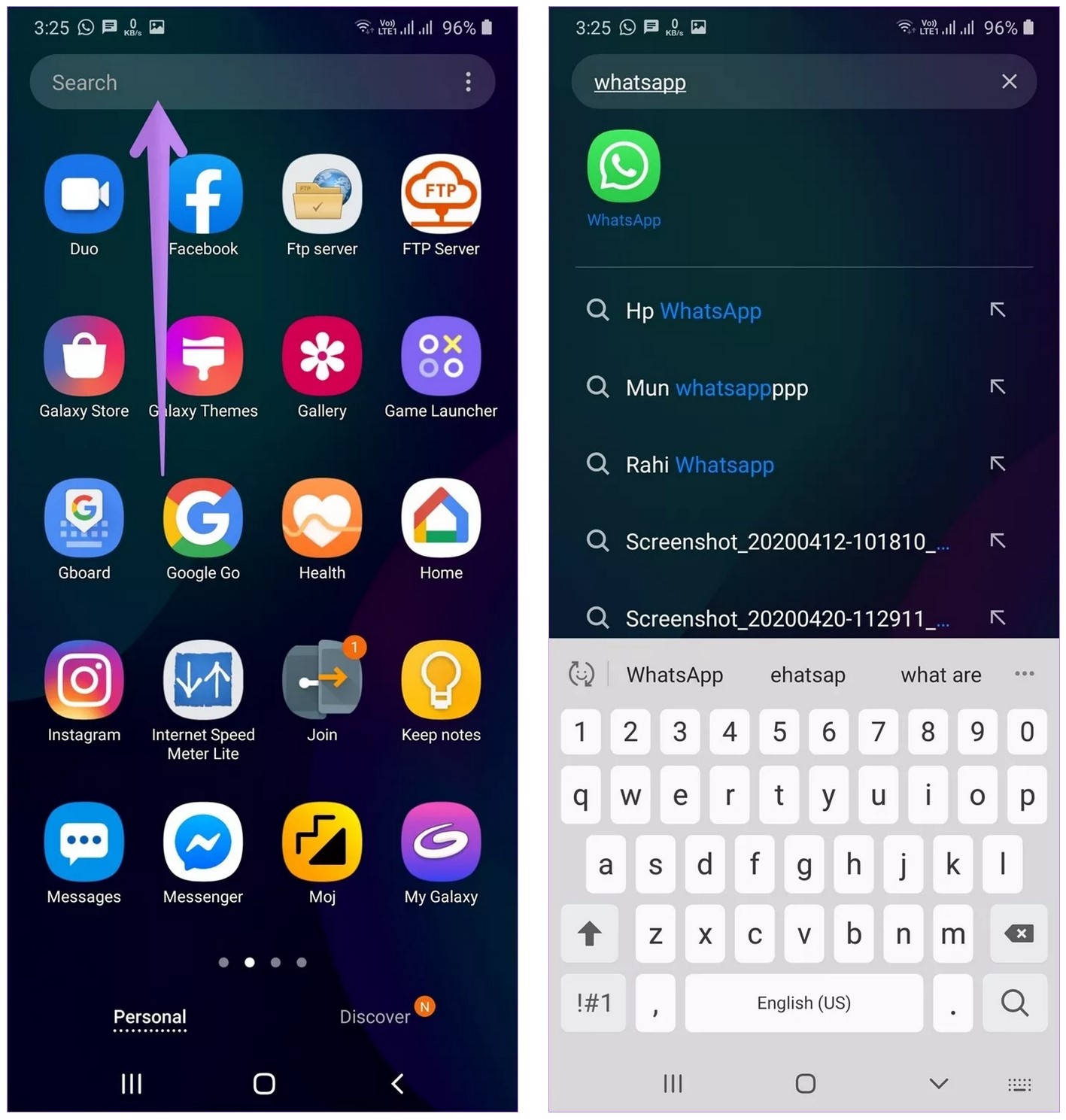 Go to Settings> Applications. Look for the app you have hidden. Tap on it. You will see an Open icon. Tap to open the application.

Method 3: From the Play Store

Open Google Play Store on your Samsung phone and look for hidden apps. Tap the Open button under the app.

How to Show Apps on Samsung

Follow these steps to show apps on Samsung launcher: 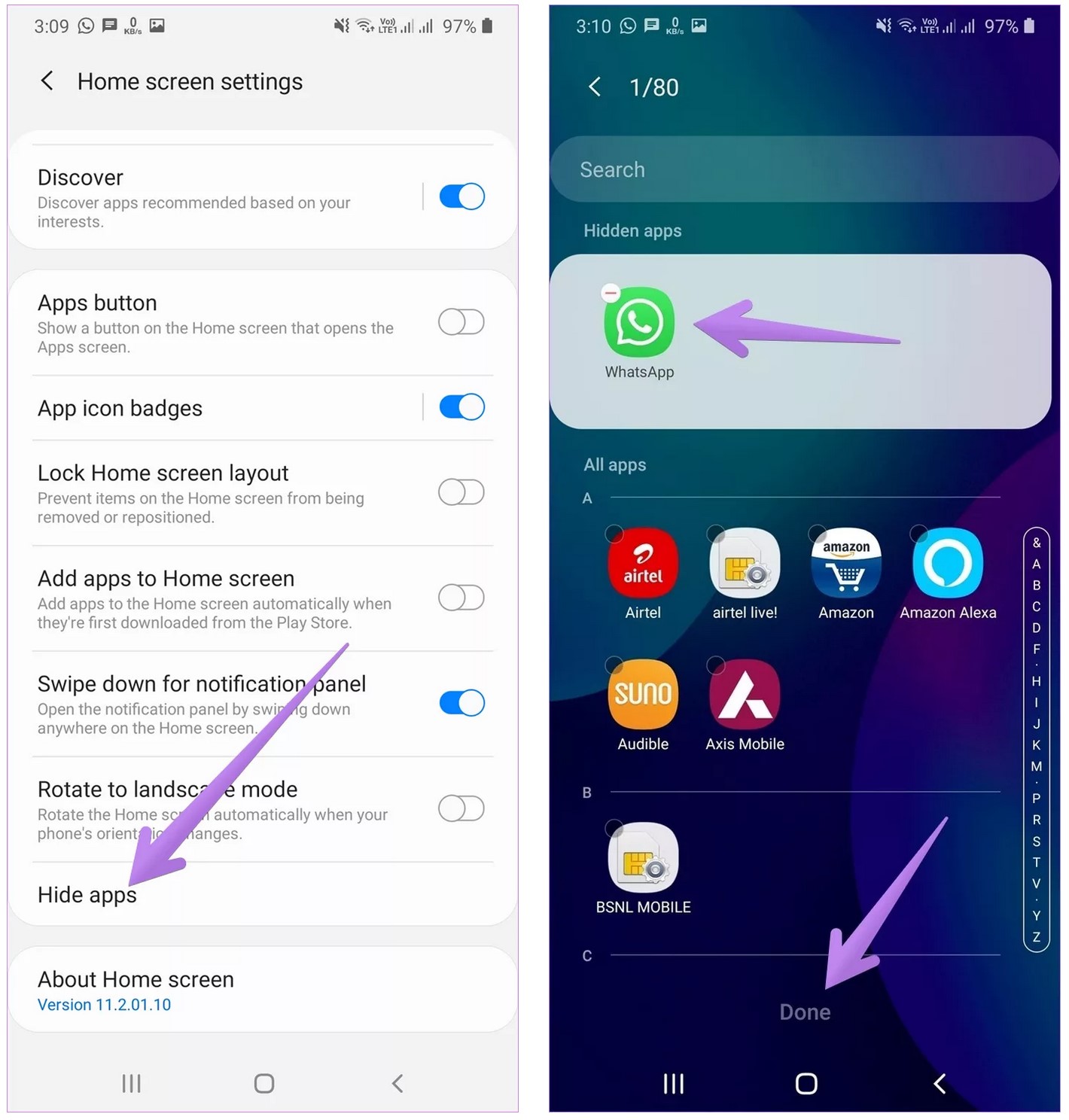 After you show the app, it will appear in the app drawer. You will have to manually place it on the home screen if you want.

Method 1: How To Hide Apps From Home Screen Only

Create folders in app drawer after deleting apps from home screen. Name boring or obscure folders like settings, pre-installed apps, etc. Then add the apps that you want to hide in this folder.

Or, put some ordinary applications in a folder. Once the folder reaches the maximum number of apps that can be placed on the first page, start adding the apps you want to hide. The idea behind this is that the person must first open the folder and then swipe through the application list to see hidden applications. Rarely, someone does that.

If the above method doesn’t work for you to hide apps, then you should check out another simple way to hide apps on all Android phones, including Samsung. You can even use third-party launchers with built-in support for hiding apps.

How to Uninstall Microsoft Teams and Stop Reinstalling

How to Check Air Quality Near You (or Anywhere)

How to transfer music from iTunes to an Android phone

How to Change Notification Sounds on Your Android Phone

How to activate Fnatic on OnePlus 7 Pro

How to secure an Android phone

How to Customize Google Widgets on Android

How to Improve Sound Quality on Your...

How to Swipe With Friends on Tinder

How to Extract Icons from Windows EXE...

5 The Best Productivity Apps For Android...

How to Create Email Groups in Outlook

How to Fix iPhone Picture-in-Picture Mode Not...

How To Use Wi-Fi And Cellular Data...